Known as the roof of the world with eight of the world’s highest peaks located within its borders, Nepal is not just a mountain climber’s paradise. It is also home to some of the planet’s most beautiful landscapes, adventure trails, and national parks that could see you being much closer to nature than any other country. And if you do plan to make Nepal as your next destination, make sure to include these must-do things when you get to the roof of the world.

Marvel at the Ancient Temples of Patan

With a history that dates as far back as 250 BC, the town of Patan along the Bagmati River is a cultural anthropologist’s dream destination. It has more temples than the larger city of Kathmandu or even Bhaktapur including the famous Kumbeshwar Temple and Golden Temple. Unfortunately, a good number of ancient temples in Patan were badly damaged if not totally destroyed in the 2015 Nepal quake.

Learn Kayaking on the Seti River

It’s not the Colorado River in the Grand Canyon, but the Seti River has long been considered as one of the best places to learn whitewater kayaking. It’s a 4-day spectacle that starts at the scenic Phewa Lake moving along the Lower Seti and finishing in the shores of the Chitwan National Park. It’s the best starting point for kayakers who want to challenge themselves to conquer many of the treacherous whitewater river systems of the Himalayas.

Go River Rafting with the Family on the Bhote Koshi 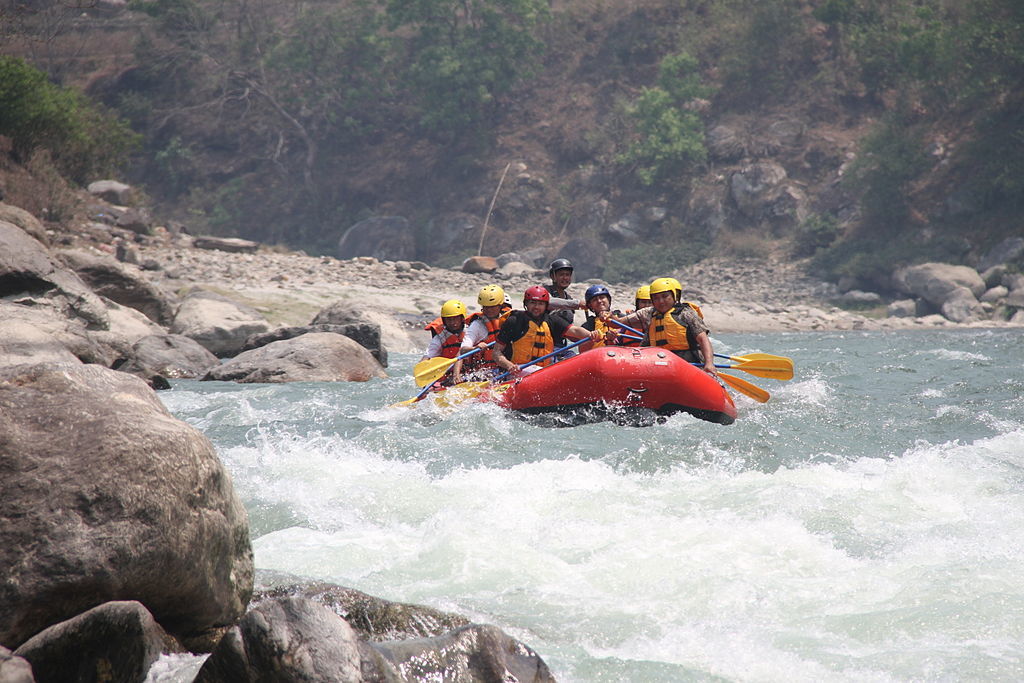 If you came with your family, a ride on one of Bhote Koshi River’s whitewater river rafting outfitters should give you the kind of experience that even the Grand Canyon cannot match. Take the 2-day whitewater river rafting package and get a first-hand experience why people around the world consider this to be the best. If you don’t have the time, you can always go for shorter yet equally adventurous river trips.

Be One with the Tigers of Bardia

Home to one of Asia’s largest tiger habitats, the Bardia National Park is a haven for animal lovers especially when they spot a one-horned rhino feasting on the brushes or even a parade of elephants. Be very watchful of the river dolphins of the mighty Ganges swimming together with crocodiles. There are more than 250 bird species in the national park including the Bengal floricans and sarus cranes. Of course, a trip to the Bardia will never be complete if you cannot spot the mighty Bengal tiger with its deep orange with black stripes coat.

Pokhara is a lakeside town that comes with its own natural beauty including spectacular fishing grounds, trails for mountain biking, and numerous hiking trails. It’s the perfect place to go sunbathing while some of your more adventurous travel companions can go paragliding. It’s one of those places that you will never want to leave as it has the best mix of nature, activities, and the chance to find inner peace.

Nepal may be a small country, but its beauty is superlative in every meaning of the word.

3 Years of Travel in 3 Minutes (Lessons and Adventures)